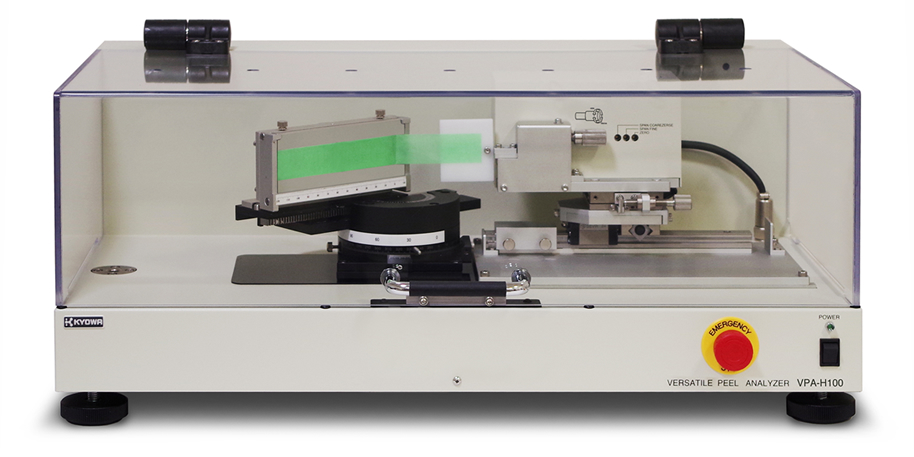 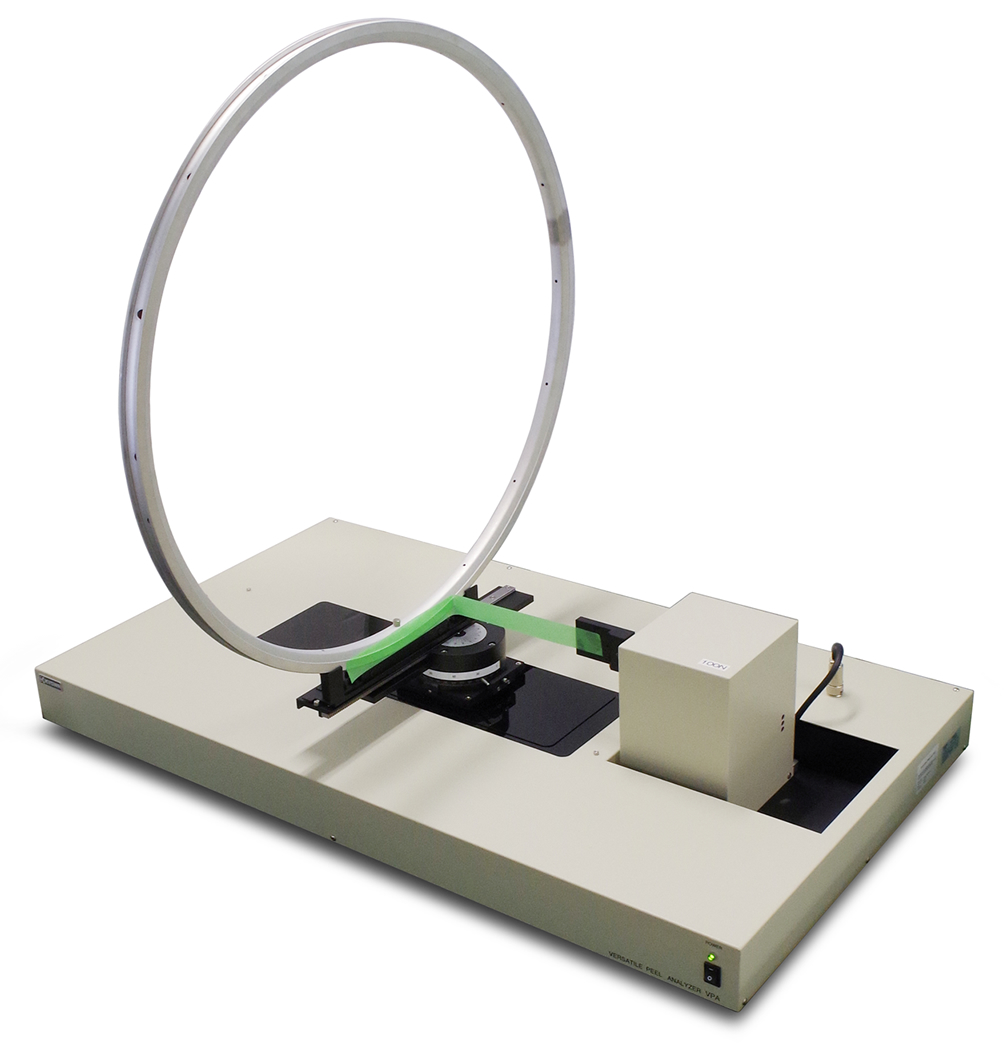 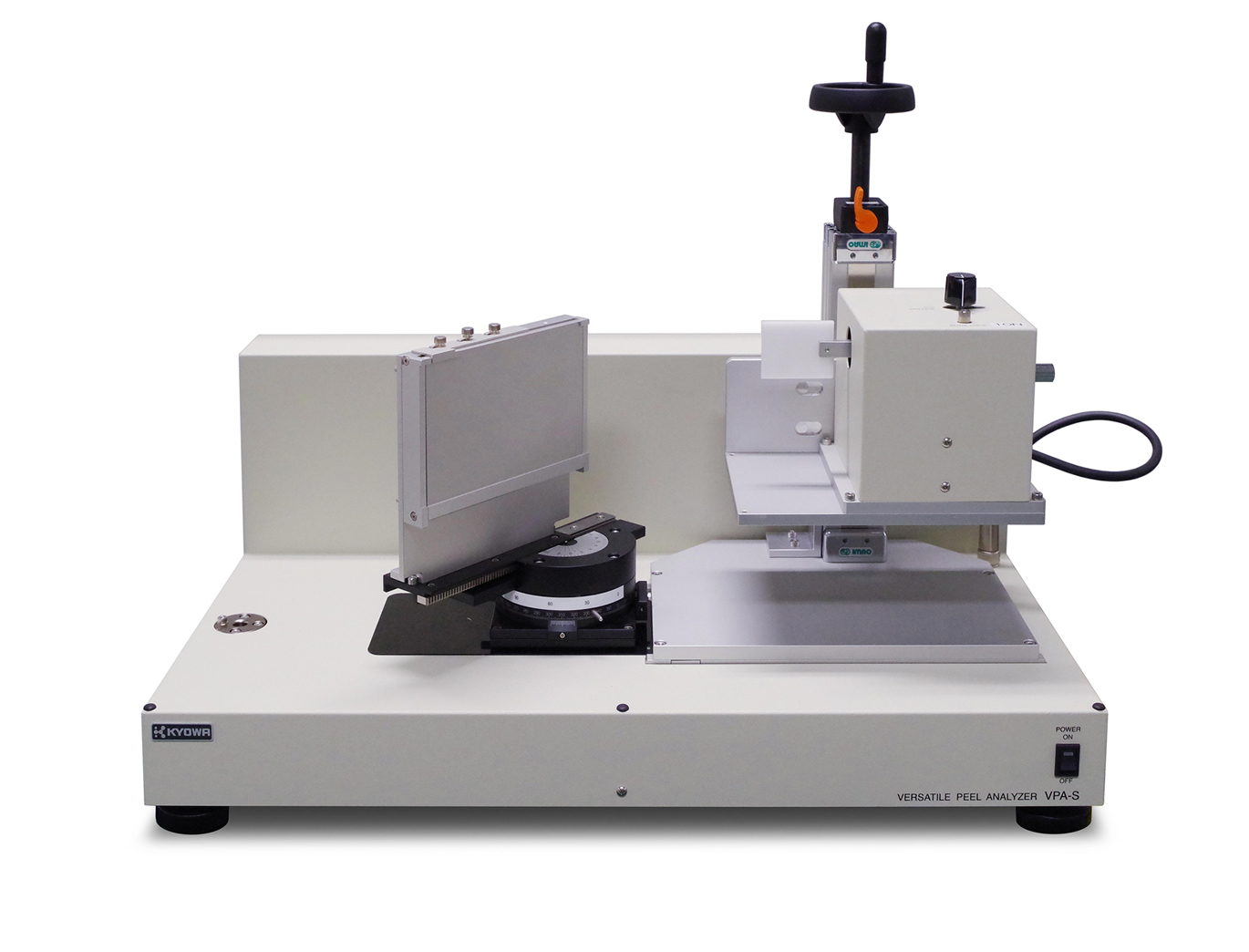 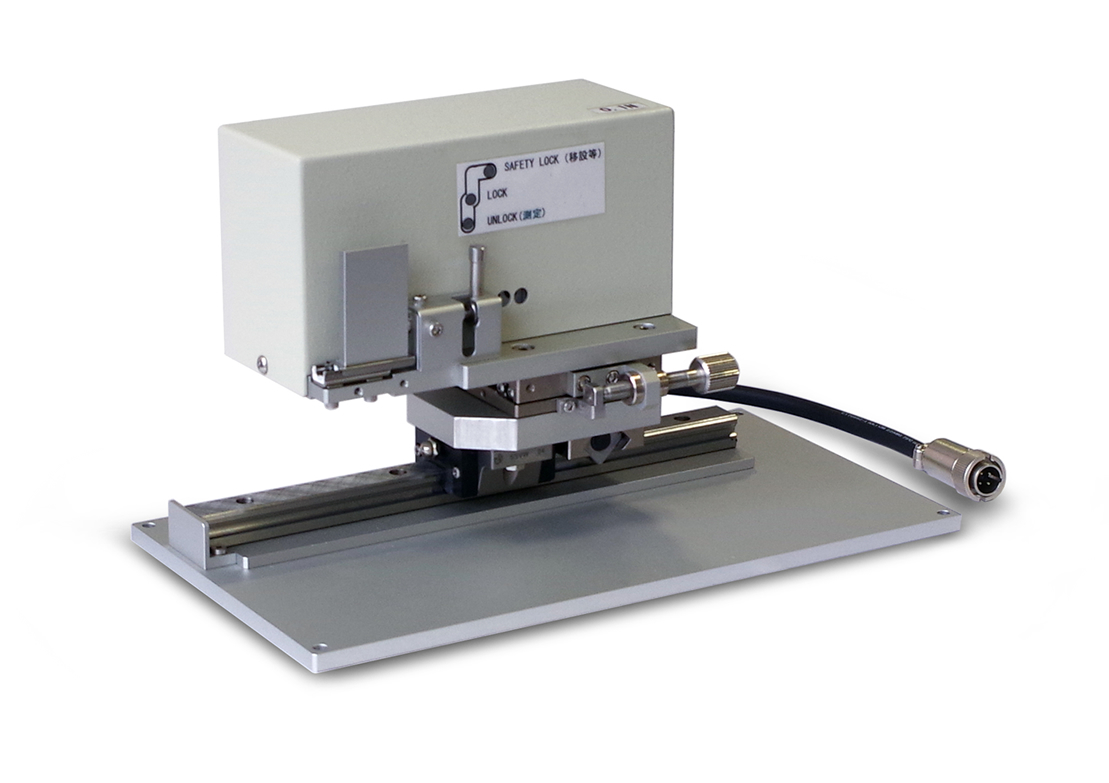 With the development of our Versatile Peel Analyzer VPA series, measurements, once impossible or hardly achieved with conventional tensile strength testers, have finally become possible. When equipped with our low force load cell with a full scale rated capacity of only 0.1N, even minuscule peel strengths as low as 0.001N can be measured and easily compared.
The most remarkable feature of our Versatile Peel Analyzer VPA series is, that the peel behavior of composite materials, such as packaging materials, laminated materials, laminated films, coating films, ceramic green sheets, etc., can be evaluated under freely adjustable peel angles from 0 to 180º using Kyowa’s unique proprietary 'Flat Plate Cross Stage Method' and self-developed analysis software.
While both the standard VPA-H200 model and the compact-sized VPA-H100 model share the same functions and features, the sample stage of the VPA-H200 with a length of 200mm allows for an effective peel distance that is twice of the VPA-H100. The maximum speed of the sample stage to 30.000mm/min allows for a peel rate that is 2.5 times higher than that of the VPA-H100.

Quick and easy setting of the peel angle

Peel angles can be changed quickly and easily without any extra jigs or tools within only a few seconds. To change the peel angle, just loosen the locking screw of the rotary table, adjust the desired peel angle according to the affixed angular scale and tighten again the locking screw. That's how simple it is!